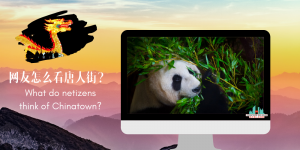 This week we went on Tripadvisor, as we are curious to see what people think of Chinatown. The area isn’t too large, so it is quite easy to pass by without noticing. We figured that we will dive into the reviews people write to see what it is about Chinatown that we can improve.

Of course, there are people who never knew that The Hague has its own Chinatown. Most people mention the traditional Chinese gates. They like that this adds to the authenticity of the area.

Besides that, many like the large number of restaurants. How can they be wrong! When going out of town for a day, one must eat somewhere local. It’s part of the experience, isn’t it? So, when in The Hague, why not try a bite in Chinatown? Though, unfortunately, one person mentions that Chinatown is indeed a very small area. Yeah, there are quite a few places to eat and drink, though they would like to see more shops with more diverse products.

Next on, there is someone who accidentally walked through Chinatown when taking part in an excursion. They mentioned that they liked the place’s atmosphere and enjoyed peeking around the shops. They also mention Chinatown isn’t as big as they hoped it was, but also realize that we are in The Hague, not New York.

Because a lot of street names also have their Chinese equivalent written on them, and because many stores, besides having a Dutch or English name, also have a Chinese name, one person mentions that walking around Chinatown makes them feel like they faraway from The Netherlands.

This is our source, Tripadvisor.