The Qingming Festival: honor to the ancestors

It’s April 4th and in 2021, which means that today is Qingming Festival! But, what is the Qingming Festival and why is it being celebrated in China and other parts of Asia? To start, what are we celebrating? Well, usually people go and visit the graves of their ancestors. This is to show respect and to honor one’s ancestors, but also to clean the graves, so they are fresh and clean for another year.

You may have heard of the alternative name ‘Tomb Sweeping Festival’, which doesn’t sound quite as glorious and beautiful as ‘Qingming Festival’. ‘Tomb Sweeping Festival’ fits the day’s activities well, but it does not sound very cheerful. The original Chinese name, consisting of characters 清明 (Qingming), means ‘clear and pure’. This name however does not point to the graves being cleaned. Instead, it refers to the start of spring, when the world becomes more clear, light and pure. 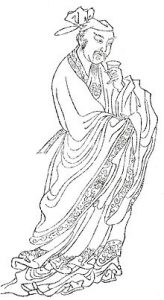 In Chinese culture, there are quite a lot of references to the Qingming Festival. There is a very famous poem, written by Du Mu, an equally famous poet from the Tang Dynasty. Du Mu is born in 803 and passed away in 852. During his lifetime, he wrote many, many different poems. The poem Du Mu wrote about the Qingming Festival bears its name: 清明。

借問酒家何處有？    Please sir, where can I find a place to eat?

牧童遙指杏花村。    A herdsboy points to a village afar – the village of the Apricot Flowers.

Chinese history is full of stories. This poem was written in the Tang Dynasty（唐代）, but the Qingming Festival was already being celebrated during the Zhou Dynasty（周朝）。This dynasty existed from about 1,000 BCE until 200 CE. With such a long timespan, the Zhou Dynasty was the longest dynasty ever in Chinese history.

Foods of the Qingming Festival

Besides cleaning ancestral graves and offering food and drinks, Chinese people also burn paper money for their ancestors. The story behind this is that the ancestors can use this money in the afterlife, to buy things they need and want. In China, these days, you find not only paper money, but also other interesting objects to burn. For example, a luxury massage chair.

Chinese communities outside of China don’t celebrate the Qingming Festival as extensively as they do inside China. On the websites of several Chinese communities abroad, there’s a lot of information to be found about the festival and the stories behind it. This tells us the Qingming Festival is a very important festival in Chinese culture. Even though you may not celebrate it extensively, it’s always important to remember your ancestors on this day. Especially those who passed and were very close to you.